by Nick
Met up with Irish friends who were on party night 7 yesterday and stayed out with them until 4 in the morning. Still two more days of the festival, then we will start to get ready to head homewards next week. 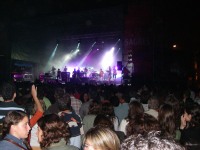 by drumtochty
Don't do too much Nick, you don't want to get burnt out at your age.

Looks as though you are having a great holiday, the Azores high should be settling down by now.

I think we met the people from the Wylo when they were leaving Kilmore Quay. If I remember correctly they had their son with them. We really liked the Wylo, perfect for offshore work. Jackie also liked their homemade solid fuel stove. I think he has made one to the same spec. the only problem is his new boat is too small to take it! Please send them our regards.

Looking forward to seeing you when you return, we will have the welcoming committee on standby...

On the home leg now. Wish you all the best Fair winds and Tides......

Steve B and all the VAGB

by Nick
Thanks Steve,

Still a few more days before we head off from here though . . .

Did you mean The Wylo Yacht possibly?

by Nick
Thanks, that's the link fixed.

Have just been looking at more weather . . . it looks like it's settling down quickly after a little blip on Saturday, so we are currently thinking of a Sunday departure rather than Thursday, which gives us more time to see the island and wind down a bit.

Charts for next week show a squashed high with its NE corner off NW Spain, giving a tasty little corridor of F4NW between us and Camarinas - too good to be true of course, will look again tomorrow - a week is a long time in politics, but a longer time in N Atlantic weather patterns. Plan is still to head for NW Spain, reserving the right to head straight across to Scillies, Falmouth or Ireland if it is looking good when we get to that point.

We would like to be back in the British Isles by 1st August, then plan to be home on or around the 17th August, as the current lease on our house expires on the 16th - so there is no rush at the moment. Time for a wee party in Kilmore Quay on the way home perhaps.
by drumtochty

We would like to be back in the British Isles by 1st August, then plan to be home on or around the 17th August, as the current lease on our house expires on the 16th

You are not giving the servants enough time to clean the house and arrange the flowers for your arrival if you turn up the day after your tenants leave.

eddie
by Mum
And anyway Tim says your house is let til the end of the month!!!
Hoping we'll still be up there when you return - a good
excuse to drink some of Tim's sheap booze.
Love to both of you,Mum

Out and about on Terceira

by Nick
Hired a car yesterday, went down a couple of caves, visited Praia, went to a bull run . . . . click for these and more pics if you can handle another Fairwinds travelogue . . . 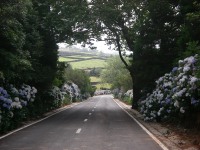 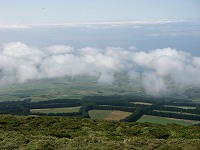 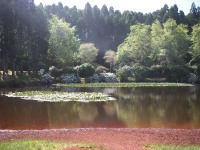 Taking the boat up to Praia de Vitoria on the E. coast of the island tomorrow - it's cheaper and ten miles nearer Spain!
All times are UTC+01:00
Page 1 of 1
Powered by phpBB® Forum Software © phpBB Limited
https://www.phpbb.com/